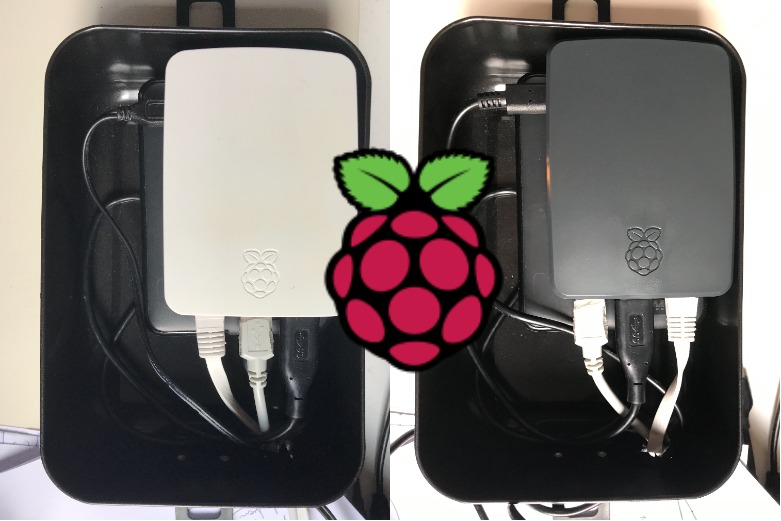 I have been using a Raspberry Pi for some time as a server which provides several services (Backups, Power consumption monitoring, CUPS, and so on). Until now I have been using a Pi 3B which I was willing to replace because of missing features such as USB 3.0 and gigabit ethernet.

Not too long ago I bought a Pi 4 with 4GB of RAM and a 32GB SD card which should replace the old one (which had a 16GB card). Because I didn’t want to completely reinstall everything I decided to migrate the data between both cards. I will further explain the necessary steps in this article.

What’s needed is a Linux system and a device providing an SD card reader.

To save the data of the existing SD card a complete image can be created. I can recommend the tool “dd” for this step.

There are two different approaches to creating such an image. If the downtime of the system should be kept as low as possible you can create the image while the system is turned on. This is possible via ssh using the following command (just an example):

This command creates an SSH connection to the system with the IP 192.168.178.130 and copies the complete device /dev/mmcblk0 to a local file called “/tmp/pi-image.img”.

The second and easier way is to put the sd card directly into the system with the sd card reader and create an image using the following command:

Applying the image to the new card

In the next step the newly created image has to be written to the new SD card. If the new SD card also got the device name “/dev/mmcblk0”, the command could look like this:

When the image has been written to the new sd card the partition and the file system have to be resized to completely allocate the new space. Resizing the partition could look like this:

Opening “fdisk” for the sd card:

Printing the partitioning table and taking note of the start sector of the second partition (in my case 540672):

Creating a new partition (the previously noted sector has to be entered as the beginning sector):

Writing the changes to the sd card and exiting fdisk:

As last step the file system has to be expanded. The process can look like this:

Unmounting the existing file system in case it is mounted:

After executing the described steps I was able to boot the new Raspberry Pi without any problems. No data was lost.